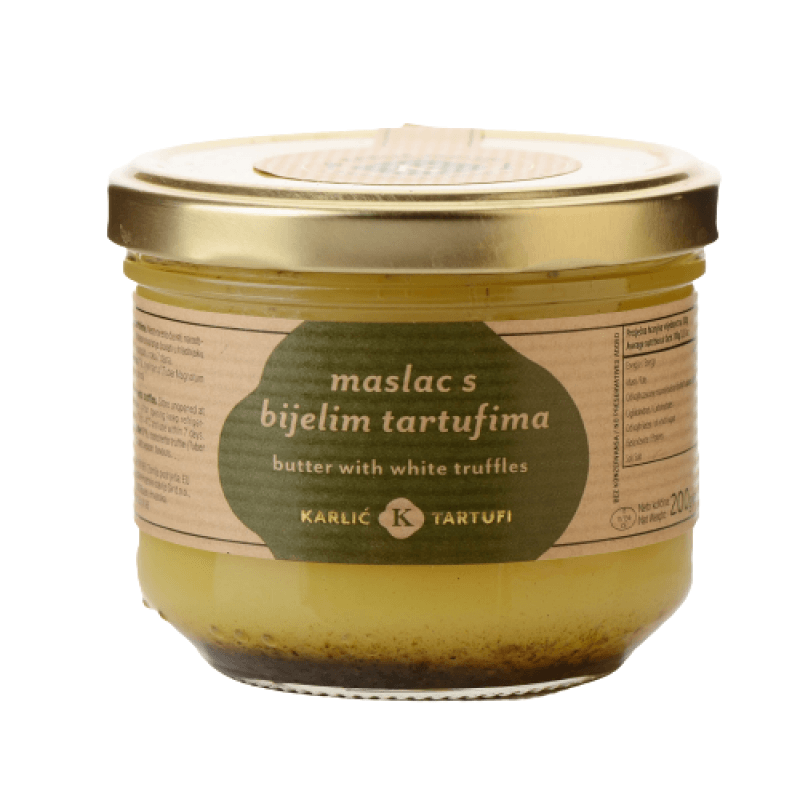 Butter with white truffles that can be used as a spread on toast bread or in the preparation of various dishes. 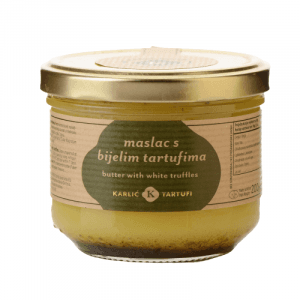 This butter is a great addition to pasta, risottos, and meat. It can be used as a spread on toasted bread or in preparation of different desserts.

The truffle business of the Karlić family from Paladini near Buzet was established last century by Mr Ivan Rašpolić, in 1966 to be exact. Back then Motovun forest was quite bigger than today. Both white and black truffles found in that area were considered to be among the best quality truffles in Istria. However, one of the richest truffle fields now lies at the bottom of the Butoniga lake! Mrs Radmila Karlić used to go truffle hunting with her father Ivan ever since she was ten years old. This passion never faded and so from 1994 on, together with her husband Goran, and now with the help of her children as well, through a company named GIR, she continued the tradition that her father Ivan, mother Danica, and uncle Lucijano established investing a lot of effort in the process. With the help of their 12 dogs (7 first-rate dogs, 5 dogs currently undergoing training), some of which are mix-breeds (their extensive practical experience has taught them these dogs are more resilient to diseases, rain and low temperatures), and some are pure breed dogs, the family goes on daily truffle hunts. There is no fixed working schedule meaning any member of the family may go truffle hunting with the dogs, be it the son, the mother or the father; the crucial thing is, of course, to maintain a daily training routine for both the family and the dogs. The longstanding experience of the Karlić family in truffle harvesting which has been passed over from generation to generation resulted in the establishment of the company GIR d.o.o. (Goran and Radmila) in 1994, a company that commits itself to truffle hunting with great dedication, through buying up and selling of fresh and frozen truffles, as well as processing and launching of the products in the domestic and international markets. Let us introduce to you our treasure – the truffle, a gastronomic delight in all its various forms. 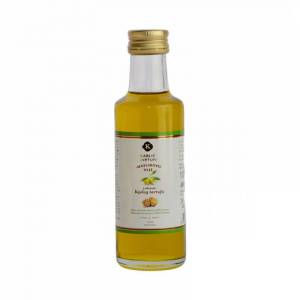 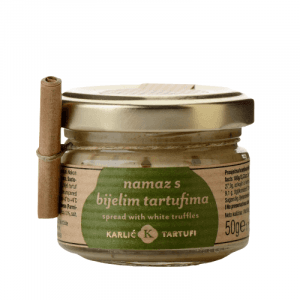 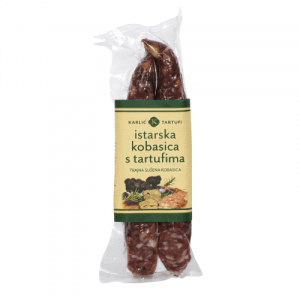 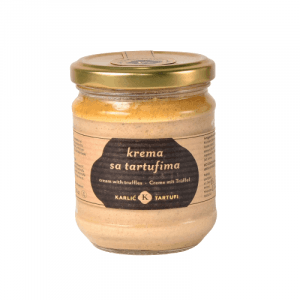